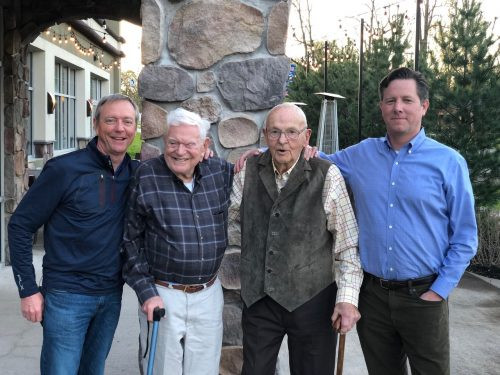 Although financial details of the transaction were not disclosed, the combined companies will generate more than $24 million in annual revenues. Canfield & Tack was ranked Number 275 on the most recent Printing Impressions 400 ranking of the largest printers in the U.S. and Canada as ranked by annual sales, and Cohber Press was ranked Number 354. (Click here to view the complete PI 400 list.)

Ray Brown, president and CEO of Canfield & Tack Printing, and Eric Webber, president and CEO of Cohber Press, have known each other since high school in Pittsford, N.Y., but only in the last year did they begin to talk about working together. Canfield & Tack Printing has been running its operations out of two buildings (a 42,000-sq.-ft. printing facility and 46,000-sq.-ft. mailing and fulfillment center) in Rochester, N.Y. — which presented several workflow challenges — and felt it would be more efficient to find a space where it could combine its locations into one facility. Ironically, Cohber Press was working within an 84,000-sq.-ft. location where the space wasn’t being fully utilized.

A discussion between Brown and Webber over space evolved into a conversation about the correlations between their individual companies.

"There was so much synergy between our companies — from our operations to our customer base to the equipment needed to serve our clients,” said Brown. “We realized by combining these two companies it would provide a major growth opportunity for both of our businesses through an extended service offering for all of our clients.”

Once the merger is completed, Ray Brown, who is the son-in-law of 87-year-old Dan Tack, will assume the role of president and CEO, and Eric Webber, who is the son of 84-year-old "Buzz" Webber, will serve as director of business development and a member of the board of directors of Canfield & Tack. Brown and Webber told Printing Impressions that they have not yet decided on the name of the new entity, in terms of whether they will use a combination of their existing names or develop completely new branding.

Founded in 1926, Canfield & Tack Printing has been a full-service provider of commercial printing, fulfillment, mailing and distribution services. It specializes in large-volume color printing of marketing collateral, brochures, point-of-purchase displays, as well as on-demand fulfillment of customized materials. Customers include Constellation Brands, Paychex, Wegmans, Blue Cross/Blue Shield, the University of Rochester and Corning Inc., among others. The 60-employee company is 100% employee-owned, with annual revenues exceeding $15 million.

Canfield & Tack became an Employee Stock Ownership Plan (ESOP) company 25 years ago, and both Brown and Webber are excited that Cohber Press will be rolled into that existing ESOP. "One area where Ray and I saw eye-to-eye was about the people. It's a win-win in all ways," Webber told Printing Impressions. Recognizing that the printing industry faces a skilled worker shortage, they both feel the employee ownership advantages of being part of an ESOP arrangement will help them attract younger workers and other top talent to ensure future success.

Both operations had been operating a shift and a half and, following the merger into one location, Brown and Webber plan to run two shifts, which they say will be much more efficient.