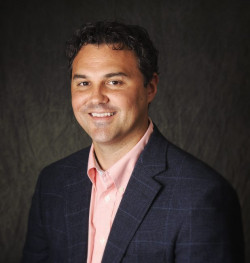 Mueller was hired at Aradius Group in 2007 as a National Account Executive. He worked in that position for the next five years, until he discovered his passion for the operations side of the printing industry. Over the past six years, he has held the titles of Director of Continuous Improvement and Vice President of Manufacturing.

“I have great confidence in Chris, not only for his re-engineering of the production floor over the past few years but also because he has been in sales and knows the relationship between production and customer satisfaction,“ said Aradius Group owner and chief executive officer, Steve Hayes.

“The print industry continues to evolve and the new printing model is heavily reliant on technology and the client experience. We are investing in our people, processes and equipment to continue to provide our clients a creative and meaningful way to communicate. I am honored to lead our team into the future,“ said Mueller.