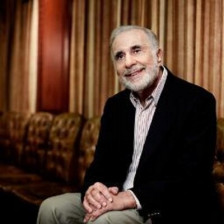 We are the first and third largest shareholders of Xerox, beneficially owning collectively over 40 million shares of the company’s common stock, constituting over 15% of the outstanding shares. Because we are completely aligned regarding our views on the following subjects, we have agreed to act in concert and have formed a “group” with respect to the contemplated solicitation of proxies to elect 4 new individuals to the board of directors at the 2018 annual meeting of Xerox’s shareholders -

In light of the recent accounting scandal at Fuji Xerox, the joint venture should be terminated or renegotiated to make it more favorable to Xerox;

CEO Jeff Jacobson, a member of the Xerox “old guard,” is incapable of creating long-term value for Xerox shareholders and should be replaced immediately; and 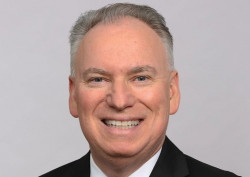 If the “old guard” directors are unwilling to make the tough decisions necessary to prevent the Xerox ship from sinking, then they must be replaced as well.

The Wall Street Journal recently reported that Xerox is in talks with Fujifilm regarding an array of potential transactions that may or may not include a change of control of Xerox. We are not predisposed to approve or disapprove of any such transaction, whether with Fuji or any other party. But if Xerox is indeed exploring a transaction with Fuji that may result in a change of control (which to our view would make sense since we, like many others, believe consolidation in this industry is inevitable), then we implore the “old guard” directors - who have historically lacked the intestinal fortitude to challenge and demand accountability from Xerox management - to not do us all the tremendous disservice of allowing Jeff Jacobson to lead the negotiations. He is neither qualified nor capable of successfully running this company, let alone negotiating a major strategic transaction that will do more than save his own job.

Unfortunately, we have little faith that Xerox’s “old guard” directors will listen to us, which is why real change is needed now more than ever. Every day that the “old guard” remains in power - feebly overseeing the company’s steady decline - is a waste of time that could inevitably erode the value of our investment down to nothing. We simply cannot wait any longer for things to change. We must act before it is too late.

Stay tuned, fellow shareholders. This is just the beginning.

Printing Impressions reached out to Xerox for comment, which released the following brief statement:

“The Xerox Board of Directors and management are confident with the strategic direction in which the Company is heading and we will continue to take action to achieve our common goal of creating value for all Xerox shareholders.”