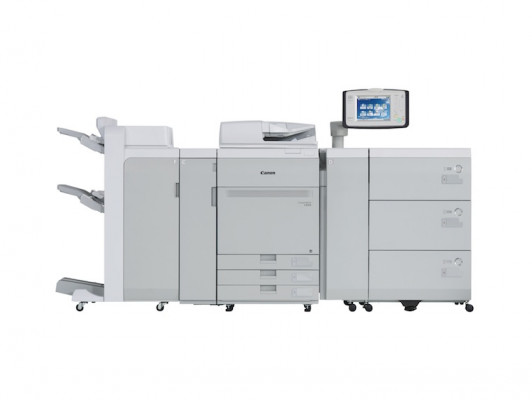 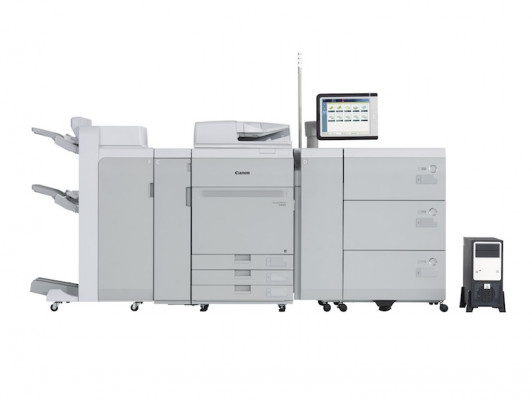 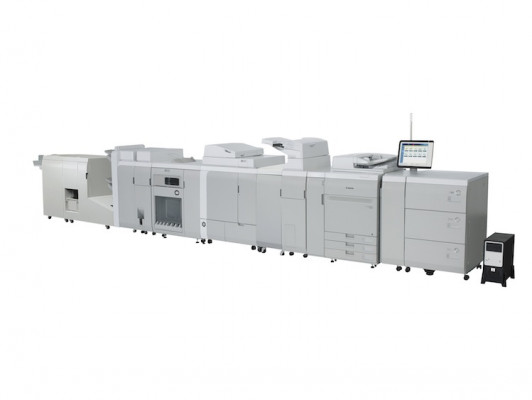 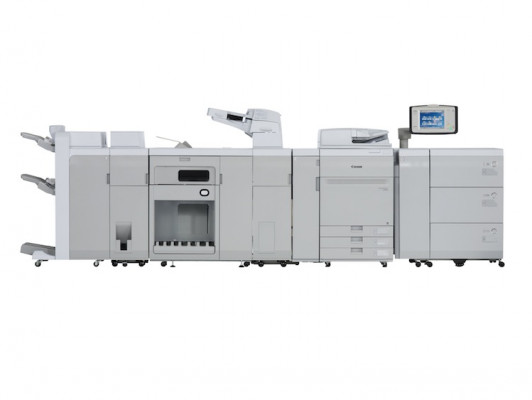 MELVILLE, N.Y. — September 22, 2016 — Canon U.S.A., a leader in digital imaging solutions, has announced the imagePRESS C850 Series, designed to provide exceptionally vibrant and consistent image quality on a wide variety of media. Consisting of the imagePRESS C850 and C750 digital color production presses, this new series incorporates a variety of new features and technology to help meet the requirements of the markets it is designed for: commercial printers, in-plant operations, franchise printers and other print service providers. The imagePRESS C850 Series follows-up the successful imagePRESS C800 Series, which was responsible for Canon’s market leadership in the 301k to 999k color duty cycle segment in the U.S. market for seven consecutive quarters, from Q4 2014 to Q2 2016, according to InfoTrends’ Quarterly Tracker.

“With the new imagePRESS C850 Series, print professionals will better be able to meet the high expectations of their customers with rich, predictable image quality and a high level of productivity,” shares Toyotsugu Kuwamura, executive VP and GM, Business Imaging Solutions Group, Canon U.S.A. “The imagePRESS C850 Series is built off of the proven technology that helped its predecessor stand heads and shoulders above the offerings of competitors since its release. We expect that this new series will exceed the high expectations that have been set.”

“Canon’s imagePRESS C800 and C700 have taken the market by storm through capabilities like color consistency over long runs and Gloss Optimization technology. Now with improved speed, increased volume capability, and enhanced finishing options, the imagePRESS C850 Series is sure to be popular with a wide range of print service providers,” explains Jim Hamilton of InfoTrends.

Vivid and Consistent Color
The imagePRESS C850 Series is designed to provide offset-like image quality through Canon’s Gloss Optimization technology, enabling to match the gloss of the toner image to that of the media used, and with a 32-beam R-VCSEL red laser to help produce crisp and clear images efficiently at 2400x2400 dpi. With a number of screen patterns to choose from, the press now offers a new 190 lpi (lines per inch) dot screen for increased flexibility and optimized quality closer to offset. By using CV Toner and an Advanced Image Transfer Belt, these devices can print high-quality, consistent output on a variety of media, including textured stocks. With these features, users have the ability to enjoy color consistency for predictable quality output, a necessity of print providers who run repetitive jobs.

Reliability and Productivity
To help meet the growing demands of print service providers, the imagePRESS C850 and C750 devices operate at print speeds of up to 85 and 75 Letter-sized pages per minute, respectively, in color and black-and-white. These digital presses provide reliable paper feeding with air separation and double sheet detection intended to reduce paper jams and production interruptions. First-time-right results with consistent color and precise registration achieved by the Compact Registration Module help increase the amount of sellable output. A new option is the Booklet Trimmer-F1, which can help save valuable time with a larger trim waste bin and continuous run capability with on-the-fly trim waste removal.

Media Versatility and In-Line Finishing
The imagePRESS C850 Series supports a variety of in-line finishing options to help expand the offerings of print service providers, including the ability to stack, fold, saddle-stitch, staple, perfect-bind and ring-bind. A new option for this series will be the Multi-Function Professional Puncher-A1[1] for die punching on a wider range of media sizes and weights for Letter size and larger, oblong bound books. Utilizing Canon’s unique die set, this new finishing module can professionally crease documents in-line to produce folded applications, including saddle stitch booklets, with less paper cracking on the spine of the document. This series of printers now supports auto-duplex printing of up to 30-inch-long sheets[2], proving itself helpful in the short run production of six-panel brochures, posters and dust jackets.

Streamlined Workflows
With the imagePRESS C850 Series, print professionals have the option to select the digital front end to help get the most out of their workflow. Among these options is Canon’s celebrated PRISMAsync Color Print Server for imagePRESS, the first DFE-embedded Idealliance G7 Certified System, with unique productivity features such as the Job Scheduler and Remote Manager for up to eight hours plan-ahead production. Now further enhanced with the new Version 5 platform, PRISMAsync features extended color correction toolsets, configuration flexibility and embedded JDF/JMF workflow connectivity. Users also have the option of selecting imagePRESS Server F200 or imagePRESS Server G100, built on EFI’s Fiery FS150 platform — all offering fast processing, enabling superb image quality and streamlined, automated workflows for sheetfed digital production systems.

Availability
The imagePRESS C850 and imagePRESS C750 Digital Color Production Presses are scheduled to be available in October 2016.

About Canon U.S.A.
Canon U.S.A., is a leading provider of consumer, business-to-business, and industrial digital imaging solutions to the United States and to Latin America and the Caribbean (excluding Mexico) markets. With approximately $31 billion in global revenue, its parent company, Canon Inc. (NYSE:CAJ), ranks third overall in U.S. patents granted in 2015† and is one of Fortune Magazine's World's Most Admired Companies in 2016. Canon U.S.A. is committed to the highest level of customer satisfaction and loyalty, providing 100 percent U.S.-based consumer service and support for all of the products it distributes. Canon U.S.A. is dedicated to its Kyosei philosophy of social and environmental responsibility. In 2014, the Canon Americas Headquarters secured LEED Gold certification, a recognition for the design, construction, operations and maintenance of high-performance green buildings.

†Based on weekly patent counts issued by United States Patent and Trademark Office.

[1] Not available at initial launch.