Shortly after, Toyo Kuwamura, Executive VP and GM Business Solutions Group, and President and CEO of Canon Solutions America, took the floor to discuss the current state of the company. Not only is Canon positioned as No. 1 for total number of inkjet units in the U.S. during the first half of the year, but it has experienced significant growth in the U.S. large-format segment with the Océ Arizona and the Océ Colorado 1640.

Kuwamura continued with an in-depth look at the company’s “One Canon” strategy, emphasizing its shift from a “product-driven to a customer-driven organization.” 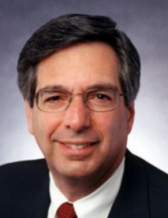 Announced in August 2017, it was highlighted that the Océ VarioPrint 6000 TITAN Series with Océ Gemini Instant Duplex technology produces offset-quality work at speeds up to 320 ipm with 45-300 gsm. The press will be available in early 2018.

Nobu Kitajima, VP and GM of Marketing at Canon U.S.A., updated attendees on the imagePROGRAF PRO-6000 with anti-clogging technology and a compact design, as well as the TX Series for mid- to high-volume users, and the new Voyager sheetfed inkjet press that will launch in the second half of 2018. The B2+ size press boasts photo-quality prints via its seven-color inkjet technology, and it can run on a multitude of substrates.

Mal Baboyian, Executive VP of PPS and LFS at Canon Solutions America, announced his retirement after 42 years with Canon. He was met with a standing ovation for his commitment and dedication to the printing industry.