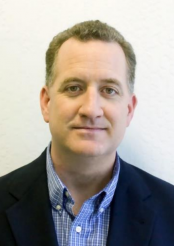 PHOENIX — July 8, 2016 — Mutoh America, a leader in wide-format inkjet printers and cutters, proudly announces the appointment of Brian Phipps as president of Mutoh America, overseeing the continued growth of both North and Latin American sales and operations.

“I’m honored to be promoted to president of Mutoh America," explains Brian Phipps. "We have been growing our product range and increasing market share every year, and I’m excited to be able to continue building the business in my new capacity."

Phipps was previously the VP and GM of Mutoh America and has worked for Mutoh America since 2004. In his new role, Phipps will be working closer with Mutoh Japan on new products and the future direction of the company.

About Mutoh
Mutoh Industries. founded in 1952 in Tokyo, celebrates 60 years of business beginning as a manufacture r and distributer of mechanical drafting products. Since then, ISO 9000-certified Mutoh Industries and has become the world’s foremost manufacturer of large format piezoelectric printers. In April, 2007, Mutoh Holdings, was established as a holding company of affiliates including Mutoh Industries, Mutoh has engineering, manufacturing and distribution centers in Japan, Belgium, Germany, Singapore, Australia, China and Phoenix, Arizona.