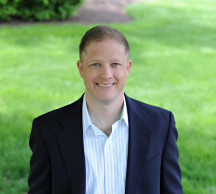 The Book Manufacturers’ Institute (BMI) held its Board of Directors election at its Annual Meeting on Nov. 9, 2020. The vote ushered in several new Board members, while also giving others a second term.

Longtime Board Members Paul Genovese of Lake Book Manufacturing, and Kent Larson of Bridgeport National Bindery ended their distinguished service to BMI. Both gentlemen served as Board Members as well as officers for several years. Ted Greene of GP2 Technologies also finished out his second term.

Matt Baehr, Executive Director of BMI, said, “We appreciate the years of service these gentlemen gave to BMI. Paul and Kent both went above and beyond the call of duty serving both the association and the industry with pride and distinction.”

Three current BMI Board Members were elected to continue their service: Mark Levin of HP, Alan McIntire of R&R Bindery, and Dwight Vicks of Vicks, Inc.

BMI welcomed four new Board Members, who will serve an initial three-year term: Sheri Jammallo of Canon and Carlos Martins of Muller Martini will be the latest Associate Members to be on the Board. Jonathon Jacobsen of Bridgeport National Bindery and Rick Lindemann of Total Printing Systems are the latest Active Members that will also serve an initial three-year term.

Per BMI bylaws, the newly installed Board voted to maintain the current officers: Joe Upton of Gasch Printing as President, Dave McCree of LSC Communications as Vice President, and Suzanne Wiersma of Wallaceburg Bookbinding as Treasurer. BMI Executive Director Matt Baehr will continue to serve as Secretary.