Bill Rizzo to Retire from Kirkwood 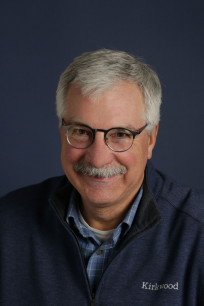 Bill Rizzo, Strategic Account Manager, has announced his retirement from Kirkwood after 15 years.  Bill has been in the graphic arts industry since the 80’s, and throughout his career he has represented many companies in New England.  Names like Penmore, Pride Printers and Ben Franklin Smith Printers are just a few of the companies which benefitted from Bill’s hard work and expertise.

“It has been an honor to be part of the Kirkwood team for the last 15 years.  I loved my career and that I was able to work independently at Kirkwood.  It never felt as though I had a boss, I was always included as a collaborator, not just an employee. I have been fortunate enough to be part of a team that was always rowing in the same direction” reports Bill Rizzo.

Retirement usually comes with the compulsory review of one’s career, including thanking colleagues and bosses along the way. In Bill’s case, preparation for retirement included reaching out to a few hundred customers to thank them for everything along his career path. Bill’s efforts in finding customers as far back as the 80’s, led him to write some a thank you card and reach others via social media.  Many of his old customers had the same sentiment, they knew if they gave him a project, they did not have to worry.

“We wish Bill all the best for a relaxing, fun filled retirement,” stated Bob Coppinger, CEO.  “He has been a wonderful part of our organization, throughout the past 15 years.  Kirkwood will miss his professionalism and attention to detail.  Bill’s shoes will be hard to fill.”

Kirkwood offers a variety of print capabilities, with 200+ employees producing everything from cross-media marketing, direct mail, promotional, wide-format, fulfilment, and warehousing support. Kirkwood provides the freedom to print on a variety of substrates, provides exacting-color matching with offset, digital & inkjet printing and goes directly from print to finishing, making it possible for Kirkwood to produce highly creative, complex variable print applications with a fast turnaround.  The company measures success, not by sales figures, but by the satisfaction and longevity of its clients.