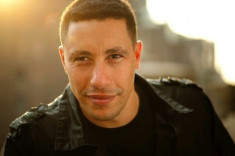 CHICAGO—February 3, 2016—Four months before the start of drupa 2016, the world's leading trade fair for print and cross-media solutions, the program for drupa cube (the conference and event location at drupa 2016) is mostly set. The primary partner for the development and delivery of innovative content for drupa cube 2016 is the international innovation firm The Medici Group and its founder and CEO Frans Johansson. Johansson was quite a sensation with his 2004 book "The Medici Effect," and since then, has been the go-to expert for the concepts of thinking and acting outside fixed limits and the "out-of-the-box principle." Worldwide brands such as American Express, IBM, Nike, Volvo and The Walt Disney Company have already used the strategic expertise of The Medici Group. Now drupa is doing the same.

"With The Medici Group, we have precisely the right partner at our side for drupa cube. A consistent approach to change management is absolutely necessary to master the challenges in the print, packaging and media sectors," said drupa Director Sabine Geldermann. "I am extremely pleased that we will offer a high quality and clearly structured program that will appeal both to the print and media industry, as well as to web agencies, brands and print buyers, with The Medici Group and other impressive thought leaders at its core." drupa will take place from May 31-June 10, 2016, at the fairgrounds in Düsseldorf, Germany.

In his opening keynote on May 31, Frans Johansson will base his talk on the drupa theme "touch the future" and "Intersectional Thinking." The core question that will be addressed is "What happens when technological revolutions meet an industry that has been around for a millennium?” The keynote on June 2, will build on this and explore key situations for forging a route to a future vision. The keynote speaker on June 6, Silas Amos, founder of Silas Amos Ltd. Design Thought, has worked as a designer and strategic partner for several firms in the FMCG industry, including AB InBev, Bacardi, Diageo, Heinz, Mars and Unilever. The final keynote will be held on June 8 by Shane Wall, chief technology officer at HP and Global Head of HP Labs.

There will be a mix of the following five sessions across the 11 days of drupa:

Business Evolution: Twelve 30-minute sessions are geared primarily towards decision-makers in the printing industry who are focusing on increasing efficiency and profits within their companies. Accordingly, both "best practices" and business models as well as investment strategies and human resources management will be discussed. The list of speakers includes Ronan Zioni/HP, Neil Falconer/Print Future, Ulbe Jelluma/Print Power and Chris Bondy/RIT's School of Media Sciences.

Technology: Eleven 30-minute slots will focus on technological innovations and their new areas of application. How can these innovations be integrated into existing workflows and what will be the consequences? These and other topics are aimed at decision-makers and management at printing companies and will also appeal to all other drupa visitors who have an interest in technology. A special event will be the three one-hour "Gladiator Sessions" comparing two converging technologies, discussing pros and cons with a moderator. The following speakers have already confirmed their participation: Chris Bondy (RIT’s School of Media Sciences /U.S.), Joanna Stephenson (DataLase/UK) and Lilach Sapir (Massivit 3D printing/Israel).

Intersectional: These six sessions, led by The Medici Group, will focus on "Innovation @ the Intersection" and will encompass the six highlight topics of drupa 2016 (multichannel, print, functional printing, 3D-Printing, packaging production and green printing). In each interactive lecture, several of these highlight topics will be combined, using specific application examples, such as functional printing and packaging print, 3D printing and sustainability or multichannel and print.

C-Level: The four invitation-only sessions in this program segment are aimed at a predetermined, defined group at management level as well as at exhibitors and visitors. These C-level sessions will directly follow the four keynotes and are formatted as interactive workshops offering strategic insider knowledge. The keynote speaker at each session will act as the moderator.

The London based brand experience agency FreemanXP is in charge of the strategic and creative design of the program and on-site implementation. "Just as Gutenberg revolutionized communications by converging the spoken word with print, we are seeing new crossroads that are spawning unimaginable results in every sector. Be it personalization of printed
products, 'fabbing' or even human organ printing, drupa is a showcase for how we 'Touch the Future' of print. With The Medici Group, drupa Innovation Partner 2016, we have evolved the drupa cube experience to encourage conversation and convergent thinking that will lead to the co-creation, re-imagination and re-invention of the future of printing," stated Jordan Waid, vice president brand experience, FreemanXP EMEA.

A preliminary program will be online in February 2016 and the complete program is scheduled to be available in March 2016 at www.drupa.com. Participation in the drupa cube program is free of charge for drupa visitors, included in the daily ticket price (€ 65 on show site or € 45
online).