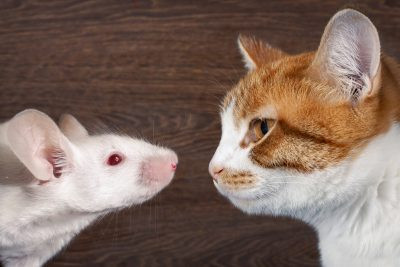 The prolonged hostile takeover attempt by Xerox Holdings to acquire HP Inc. is playing out like a cat-and-mouse game, with Xerox as the hunter cat in seemingly relentless pursuit to secure a definitive M&A victory, and HP — although three times the size of Xerox — as the crafty mouse that continues to escape its predator. In the latest back-and-forth battle of the boardrooms between the two companies, HP, as the mouse, has roared the loudest.

On Feb. 20, the HP board of directors adopted a Shareholder Rights Plan ("Poison Pill") to thwart Xerox's planned hostile proxy bid to acquire all of the outstanding shares of HP stock on March 2 for $24 per share ($2 more per share than its $22 initial offer) — for an offer totaling $34.9 billion.

According to HP's press release, the rights plan will not prevent a combination of HP with another business, but should encourage Xerox (or anyone else seeking to acquire the company) to negotiate with the (HP) board prior to attempting to impose some combination that is not in the best interests of the HP shareholders.

The rights plan, which will expire in one year, is aimed to stop any investor group — such as activist investor Carl Icahn, who holds a 10.85% controlling stake in Xerox and a 4.24% stock ownership position in HP, or other institutional investors that may be aligned with him — from acquiring more than 20% of HP shares. If that happens, HP investors outside the group will be able to acquire additional HP shares at a discount, essentially diluting the ownership of the group.

In response to HP's Poison Pill move, Xerox issued the following public statement: “The HP board clearly adopted a poison pill because our offer is receiving overwhelming support from their shareholders ... We believe HP shareholders appreciate that the value we could create by combining Xerox and HP outweighs — and is incremental to  — anything HP could achieve on its own.

"Despite the HP board’s intention to deny shareholders the chance to choose for themselves, we will press ahead with our previously announced tender offer and electing our slate of highly qualified director candidates (11 Xerox nominees to replace HP's current board, which would be voted upon at HP's annual shareholder meeting).” 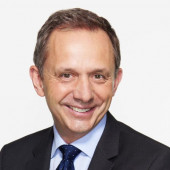 Then on Feb. 24, in another move viewed as an attempt to thwart Xerox's hostile advances and to woo HP shareholders, HP President and CEO Enrique Lores and fellow senior executive announced HP's "Strategic & Financial Plan for Value Creation" (click here to view of PDF of the investor presentation) to buy back $15 billion worth of HP shares during the next three years (up from $5 billion authorized in October 2019), including acquiring at least $8 billion worth of shares in the 12 months following its 2020 annual shareholder meeting.

HP said it also intends to generate additional ongoing productivity improvements of at least $1 billion by fiscal 2022, making the total return to shareholders valued at more than $16 billion, which represents about half of HP's market capitalization.

The revised Xerox proposal, according to HP:

But There's a Potential Twist to the Saga

However, during the HP Q1 earnings call and Q&A session, Enrique Lores, for the first time, indicated that the HP executive team has initiated talks with Xerox CEO John Visentin and other Xerox board members "to explore if there is a combination that creates value for HP shareholders that is additive to HP’s strategic and financial plan."

Some mainstream news outlets jumped on this latest development that HP, in fact, might be entering negotiations to acquire Xerox instead. That would quickly change which company is playing the role of the cat, and which is the mouse. Personally, I think that scenario seems unlikely, given HP's Poison Pill plan and $16 billion shareholder giveback moves. I also surmise that it's an attempt by HP's board of directors to be able to point out to HP shareholders that they conducted proper due diligence negotiations with Xerox, so their ultimate unwillingness to merge the companies isn't perceived merely as self-preservation attempts to keep their jobs.

But, with Carl Icahn — who, not surprisingly, would win financially either way — looming in the background, I guess anything's possible.