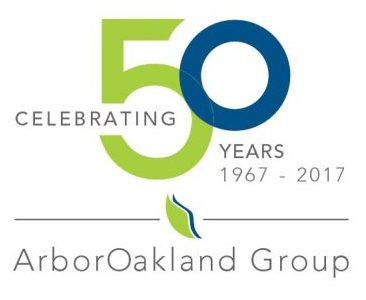 The year 1967 was a quite a memorable year in which to start a company. Things were heating up in a little known place called Vietnam with 475,000 troops serving in the remote country. The first Super Bowl was played between the Green Bay Packers and Kansas City Chiefs (Packers won). Thurgood Marshall became the first black justice on the Supreme Court. The first issue of Rolling Stone magazine was released. Race riots broke out in a number of cities across the United States. Detroit, being one of the cities, made for a particularly tense summer. Unfazed, brothers, Ralph and Ed Garabedian, started Arbor Press in Detroit on October 1, 1967.

For an industry so greatly impacted by the digital age, it is instructive to look at a company which has grown during a time when many printing companies have gotten smaller or closed. President of ArborOakand Group, Don Kirkland said "In many ways the company encapsulates the history of an industry through its many acquisitions and mergers. In the past five years alone, ArborOakland Group has acquired North American Reproductions, Tri-Color, Nu-Tech Graphics, Muir Print & Marketing and most recently, Utley Brothers Printing which itself brought recently acquired companies, Atlantic Press, Sterling Printing and Graphics Factory. While evolving through acquisitions, we have also grown organically through expanded sales initiatives and capabilities."

As printing companies have closed over the years, the flexibility and stability that ArborOakland Group has provided has proven to be a place for companies and individuals to safely "land," get their feet under them, and begin again in a competitive industry. More recently, the company has made additionally investments in new technology and facilities with the build out of its Specialty Print Center and installation of the Océ VarioPrint i300 inkjet press.

"Looking ahead, we remain excited for the future and the opportunities for both our customers and our organization. We will continue to invest in new capabilities, our facilities, and acquisitions as part of our larger goal of being a valuable partner to our growing customer base. It is our privilege to pause and celebrate the history and legacy of so many different people and companies that got us to our 50th anniversary!" remarked Kirkland.