Xerox Holdings indicated on March 13 that, due to the Coronavirus outbreak, it plans to focus on protecting its various stakeholders and — as such — is backing off from its "full-court press" to acquire HP Inc. in a hostile takeover attempt. 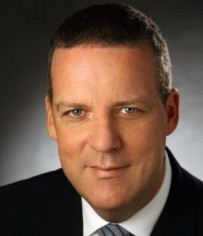 “In light of the escalating COVID-19 pandemic, Xerox needs to prioritize the health and safety of its employees, customers, partners, and affiliates over and above all other considerations, including its proposal to acquire HP," John Visentin, Xerox vice chairman and CEO, said in a prepared statement.

“As we closely monitor reports from government and health care leaders across the globe, and work with colleagues in the business community to minimize the spread and impact of the virus, we believe it is prudent to postpone releases of additional presentations, interviews with media, and meetings with HP shareholders so we can focus our time and resources on protecting Xerox’s various stakeholders from the pandemic,” he added.

The Xerox release also referenced this week's turbulence in the stock market, including the stoppage of trading on two separate occasions. It said: For the avoidance of doubt, Xerox does not consider the market decline since the date of its offer, or the temporary suspension of trading in HP shares that occurred on March 10, 2020 and March 12, 2020 as a result of market-wide circuit breakers procedures, to constitute a failure of any condition to its offer to acquire HP. Xerox will take the same view on any future temporary trading halts, unless otherwise stated in advance.

Commentary: Perhaps facing the "perfect storm" of a global pandemic outbreak; a U.S. stock market response to COVID-19 that has pummeled share prices, including those of Xerox and HP; and Canon's announcement that it will sever business ties with HP if HP's merger with Xerox comes to fruition, Xerox finds itself in a precarious position.

First, one has to wonder if some cracks might be forming among the consortium of Wall Street banks that had committed to provide $24 billion in financing commitments for Xerox's $24 per share offer, which comprises $18.40 in cash and 0.149 Xerox shares for each HP share. If consummated, HP shareholders would receive a total of $27 billion in upfront cash. However, given the falling stock market due to the Coronavirus, one would assume that Xerox's $24 billion commitment from major banks to fund this transaction, and M&A deals in general, is being squeezed due to current market uncertainty and fears that COVID-19 could potentially lead to a recession.

Secondly, Xerox's $34.9 billion offer — as indicated in its announcement for a special meeting to gain Xerox shareholder approval, is based on Xerox's closing share price of $37.68 on Feb. 6, 2020. At 12:09 p.m. on March 13, Xerox was trading at $22.28. If Xerox's stock price doesn't rebound, it would appear the company will have to raise more cash. Providing HP shareholders with more Xerox stock as an option to that seems unlikely, because Xerox wants to maintain majority control of a combined company.

And, finally, a March 4 article in the Nikkei Asia Review quoted Canon Chairman and CEO Fujio Mitarai as saying that Canon would sever its 35-year partnership with HP if Xerox does assume control of HP (a combined HP/Xerox reportedly would create a competitor roughly double the size of Canon in annual revenues — and thus a more formidable competitor in the office printing equipment market).

According to the newspaper, HP buys laser printer components from Canon, and is among the Japanese manufacturer's biggest clients, generating nearly 14% of its sales. "The foundation of this [HP] partnership is, above all else, built upon a relationship of trust between the top management of both companies," Mitarai pointed out to the paper as part of a written interview. "At the same time, it also involves a great deal of technological exchange, gradually established over the decades-long relationship."

Just as the Coronavirus is creating upheaval in all of our personal and professional lives, it's impact on the likelihood of a Xerox/HP combination agreement — at least in the near-term— is suffering from respiratory failure.