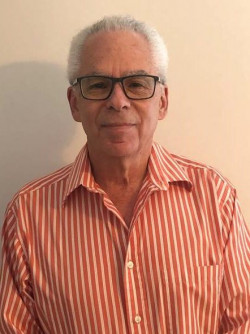 AlphaGraphics, a leading franchiser of printing and marketing solutions, has named long-time franchise expert Brad Swimmer to lead the company’s efforts to grow through franchise conversions and acquisitions.

Swimmer, a former Fortune 500 financial manager, owned and operated the AlphaGraphics location in Cleveland with his wife, Judy, from 1991 until 2019. The Cleveland franchise location was twice named to the AlphaGraphics Gold Circle Centers and earned multiple Silver Circle recognition during the Swimmers’ tenure as franchisees.

“Brad and Judy’s decision to sell their franchise last year turned out to be an opportunity to give Brad an even more important role in the AlphaGraphics family,” said Bill McPherson, vice president of franchise development for AlphaGraphics. “With nearly 30 years of experience as a successful franchise owner, and more than 45 years of high-level business experience overall, Brad’s extensive insight and critical skill sets will support our efforts to grow both franchise conversions and acquisitions. No one is better equipped for this position than Brad.”

“Everything I learned as an AlphaGraphics franchise owner prepared me for this next chapter,” Swimmer said. “Conversions and acquisitions are an essential, efficient way for franchisers to maintain an advantage in a competitive industry. The challenge is to evaluate the ideal properties and responsibly steward the franchise’s resources toward intelligent, strategic growth, not just inflated numbers.”

Normalcy Will Come Back