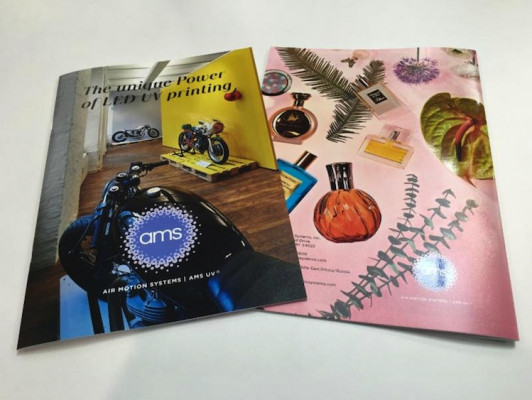 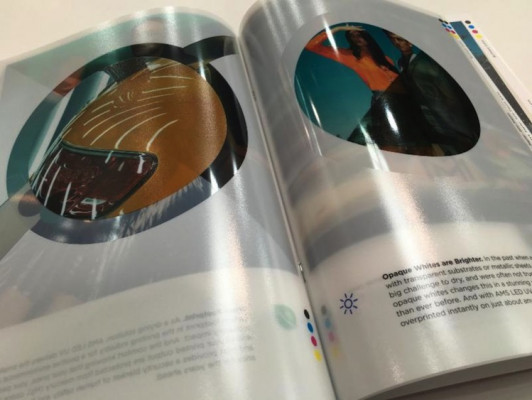 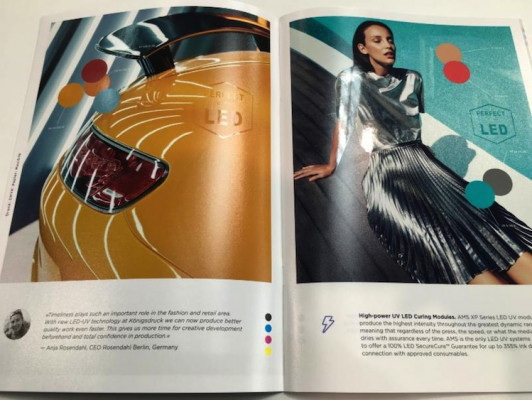 "We could not be happier with the results of this year's drupa," says Steve Metcalf, president and CEO. "Four years ago we were just beginning to see how the power of LED UV curing technology could transform print media. Today, LED UV is in full-force around the world in various applications, spanning multiple print platforms, and now includes stunning coating effects on the biggest, fastest production machines."

Carsten Barlebo, managing director EMEA, adds, "With new AMS technology introduced at drupa, including MultiWave LED, we are now on a fast-track to mark the end of the era for conventional, mercury-arc UV lamps. LED is better in every way, and our customers around the world are proving this with the growing numbers daily. The total range of materials, color brilliance and effects possible with just a single LED lamp is truly a 'WOW' factor in today's market."

Under the theme "Full Speed Ahead," the AMS stand in Hall 14 was all-the-rage with glistening samples produced using a combination of 100% LED ink and 100% LED coating enhancement effects on a variety of stocks ranging from papers to the more difficult to print on plastics. Center to all of this was the inagural edition of the AMS LED Look Book, which quickly became one of the more sought after sample books at drupa, as seen in every hall throughout the show.

"The LED Look Book — along with all the stunning samples printed with our high-performance XP Series — the leading LED technology on the market — has been extremely effective in telling the story of just how far AMS has developed LED curing since the last drupa. It's hard to imagine a press that this technology cannot enhance and add value to," added Hans Ulland, VP of sales, North America. "For those that missed it or did not have the opportunity to attend drupa, AMS will provide additional sample books to those who contact us. Unfortunately, supplies are limited."

To obtain a copy of the LED UV Look Book, please send an email to info@airmotionsystems.com and mention "Look Book drupa 2016" in the subject line.