Although the dates of the 2018 Xerox annual shareholder meeting have yet to be announced (reports indicate it will be held before the end of June), activist shareholders Darwin Deason and Carl Icahn have launched a full-court press to convince Xerox shareholders to vote against the proposed acquisition of Xerox by Fuji announced previously and to approve four individuals who have been nominated by Carl Icahn to serve on the Xerox board of directors. 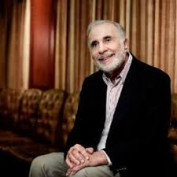 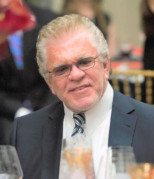 Claiming financial underperformance, executive mismanagement, as well as poor governance by the Xerox board of directors, they vehemently oppose the $6.1 billion transaction announced Jan. 31, 2018, which would enable Fuji to acquire a controlling stake in Xerox, essentially by combining the U.S.-based Xerox into their long-standing Pacific Rim and Far East joint venture, called Fuji Xerox.

The proposed transaction, requiring shareholder approval, is structured whereby Fuji Xerox will become a wholly-owned subsidiary of Xerox, with Fuji acquiring a 50.1% ownership interest in Xerox and Xerox’s current shareholders owning the remaining 49.9% of the company. Fuji, in turn, would acquire its majority of shares of Xerox by giving to Xerox Fuji’s 75% ownership interest in Fuji Xerox.

But in an open letter and accompanying presentation on April 17 directed toward Xerox shareholders, Icahn and Deason jointly urged them to oppose the transaction. The letter read:

As promised, today we released a presentation explaining why Xerox shareholders need to vote to replace certain directors and to oppose the proposed Fuji scheme. Both the substance of the proposed value-destroying transaction and the conflict-tainted process by which it was hatched are an insult to long-suffering Xerox shareholders and make a mockery of well-established corporate governance norms.

Fuji - with the able assistance of Xerox CEO Jeff Jacobson - appears to have been successful in putting one over on the board of directors of Xerox. However, the market cannot be so easily tricked. The closing price of Xerox stock last Friday (April 13, 2018), before many of the sordid details came to light, was $28.17 per share, which is approximately 14% below the closing price on the day prior to the announcement of the scheme and approximately 37% below management’s purported deal value of $45.00 per share.

Noted Columbia law school Professor John Coffee summarized the transaction and the process behind it as follows: "This is a strange and irregular transaction that is simply not comparable to any other transaction I have seen in over 45 years of observing the ‘merger and acquisition’ marketplace. A CEO of the target, facing likely ouster, serves as the loyal agent of the acquirer, designing a deal that is too good to be true: a cheap price, little governance protections, no market check, and a process that ignores other bidders.”

We could not have said it better ourselves. We fully expect that Xerox will not prevail in its shameful attempt to keep hidden from shareholders the many other sordid facts surrounding this unfortunate transaction that are still being concealed due to the machinations of Xerox’s lawyers. Despite their attempts to bury the truth, the fundamental economics of the scheme - which dramatically undervalue Xerox and disproportionately favor Fuji - are undeniable. Therefore, we are confident you will agree that the only choice here is to vote out the worst of Xerox’s directors and to oppose the proposed Fuji scheme.

We look forward to engaging with you further over the upcoming weeks and months. Please stay tuned for more. In their accompanying presentation (see executive summary on left or click here for PDF of complete arguments) they attacked the planned transaction on several fronts, including its structure, the higher valuation Xerox calculated for Fuji Xerox versus Xerox, and the negotiations that were led by Xerox CEO Jeff Jacobson.

One of their biggest complaints resolves around a "crown jewel" lock-up agreement that was part of the Fuji Xerox joint venture (JV) agreement reached 17 years ago between the two companies, which "limits Xerox's strategic ability" such that Xerox could not pursue a sale to a strategic buyer or a private equity concern. The investors further point out that the lock-up agreement was not revealed to shareholders until nine days after the proposed Fuji deal was announced.

"This intentional deceit prevented shareholders from ever having the opportunity to push management to terminate or renegotiate the JV agreements, which would have given Xerox more flexibility to pursue strategic alternatives over the past 17 years," according to Icahn and Deason. They also claim that the large accounting scandal that occurred at Fuji Xerox last year could have enabled Xerox the opportunity to terminate the JV agreements "for material breach."

Two days later, Deason issued a summary of previously redacted information that has been added to his initial lawsuits filed against Xerox. It charges:

Keegan contends that Deason’s litigation distorts many of the facts regarding the proposed combination with Fuji Xerox. "Xerox strongly believes that Mr. Deason’s lawsuit is meritless and it will vigorously defend itself in legal proceedings," he said.

"Xerox’s board of directors followed a comprehensive process in reaching its decision to approve the proposed transaction, including a comprehensive review of the company’s strategic and financial alternatives, as well as potential transaction structures and negotiations with Fujifilm over a 10-month period," Keegan added. "Xerox CEO Jeff Jacobson was fully authorized to engage in discussions with Fujifilm and Fuji Xerox on the proposed combination.

“As is absolutely clear from the record, Jeff Jacobson has always conducted himself with the utmost integrity as CEO and in negotiations with Fujifilm. At no point did he exceed the authority granted to him by the board’s chairman or the full board. The allegations by Mr. Deason to the contrary are part of his effort to distort the facts."

In addition, Xerox has filed a preliminary proxy statement with the SEC (click here for PDF), which also describes the impetus behind what drove the transaction and provides its version of a timeline of events that led up to it.

And, yesterday, Deason filed a motion (click here for PDF) with the Supreme Court of the State of New York, County of New York, seeking access to what it considers to be further material documents regarding the negotiations between Xerox and Fuji. Both companies are arguing that those documents should remain sealed because they deem them to contain competitively sensitive information that could be harmful if made public.

Today, there were also brief articles on various general news sites that lawyers representing both Fuji and Xerox revealed the two companies were in active talks about renegotiating the $6.1 billion deal that was announced Jan. 31, presumably in reaction to the pending lawsuits and vocal opposition by Deason and Icahn.

Assuming no new deal is reached that satisfies all concerns, however, it seems readily apparent that both sides will continue the battle through the general and financial press to sway Xerox shareholders to their respective sides leading up to the Xerox annual shareholder meeting. Hopefully not lost in all of the financial wrangling will be the employees, corporate culture and customer base that comprise Xerox - a key industry player in the graphic arts supply chain.

Obviously, Icahn and Deason are looking for maximum ROI payouts on their financial investments in Xerox. However, for the good of the graphic arts industry, we will all benefit for Xerox, or potentially Fuji Xerox, to remain as a prominent supplier of digital printing equipment, a technology innovator and a strong supporter of good industry causes for many years to come.